When life presses in, press into grace… 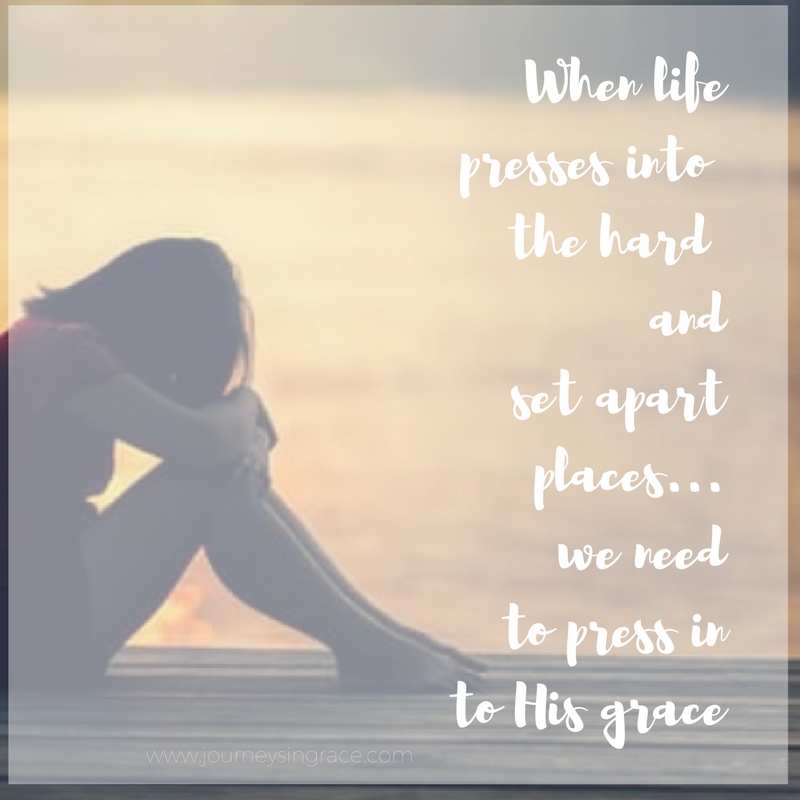 I had a health crisis 9 years ago, maybe crisis is a strong word.

I had an issue that needed to be dealt with and few answers to my many questions. I spent a lot of time in prayer and searching,  scouring His Word for the promises that I was sure were there.

Even when pain and weakness made  it impossible to keep a normal schedule,  His Word filled my heart.

His Word is the antidote for all our issues. When we need healing, hope, wisdom, or mercy, there is power in the soul-piercing, power-filling, heart-discerning Word of God.

For the Word of God is quick, and powerful, and sharper than any two-edged sword piercing even to the dividing line of soul and spirit, and joints and marrow, and is a discerner of the thoughts and intents of the heart. – Hebrews 4:16 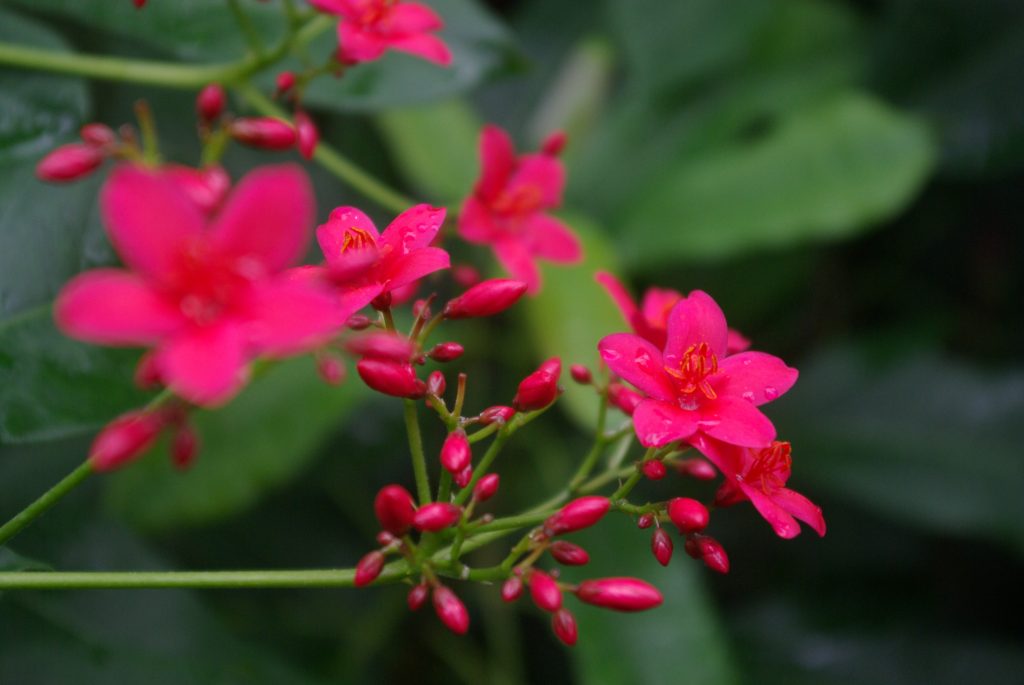 There was a woman with an issue and a daughter who was dying and a Savior that met them both where they were.

I met her when I was feeling unheard, unseen, unmet in my need.  As I settled into her story, I began to sense that God was also rewriting my own.  Like the women of the Word, we are seen and heard and met by Mercy’s look and Grace’s touch. And  I wonder, if we take time to settle close in their stories, we will probably start to see our own, too.

This longing to seen, heard, and met by love, is a story we all know.  The need to have our issue dealt with by His virtue is a need we all have. I think her story is a ‘me too’ moment, even though the circumstances are usually different.

Matthew’s version of the telling is the shortest, but Luke and Mark share the spotlight of grace as well.  We get to meet her right in the middle of a someone else’s story.  Another daughter whose body is dying and needs a miracle.  19 verses, 12 years, 2 stories, 1 Savior.

“And behold, a woman who had suffered from a flow of blood for twelve years came up behind Him and touched the fringe of his garment: For she kept saying to herself, If I only touch His garment, I shall be restored to health.  Jesus turned around and seeing her, He said, Take courage daughter! your faith has made you well. And at once the woman was restored to health.”-Matthew 5

Her approach was meant to be unseen.

She was stepping out in faith. She didn’t want to be noticed, but she needed to be whole. Her emergency took place in the midst of someone else’s need; yet  she pressed in for the miracle that met her own. Her faith in the impossible made her bold because the world no longer noticed her beyond her breaking.  It was easy for her to hide in the infirmity when she was so used to being invisible. But we are seen in the stories we bleed…we are known in those places where our issues become the avenue to our miracle.

There are two stories here, two daughters that are dying, two stories twelve years in the making, two of Eve’s own who need mercy.

Yet, the omnipotence of God makes us all visible.  And it struck me then, how visible she actually was…how He was  more than probably waiting  for her to reach out in faith so He could release hope into her heart. The significance of  how God meets our needs together corporately and  individually is bound in the awesome wonder of His love, of His mercy, of His grace. His ability to fully meet her needs while on His way to minister to another was not diminished because grace doesn’t have boundaries.

His Grace is blood-red beautiful and it stops the breaking immediately with one glance of mercy…and it is enough for each one of us no matter where we are on this journey. 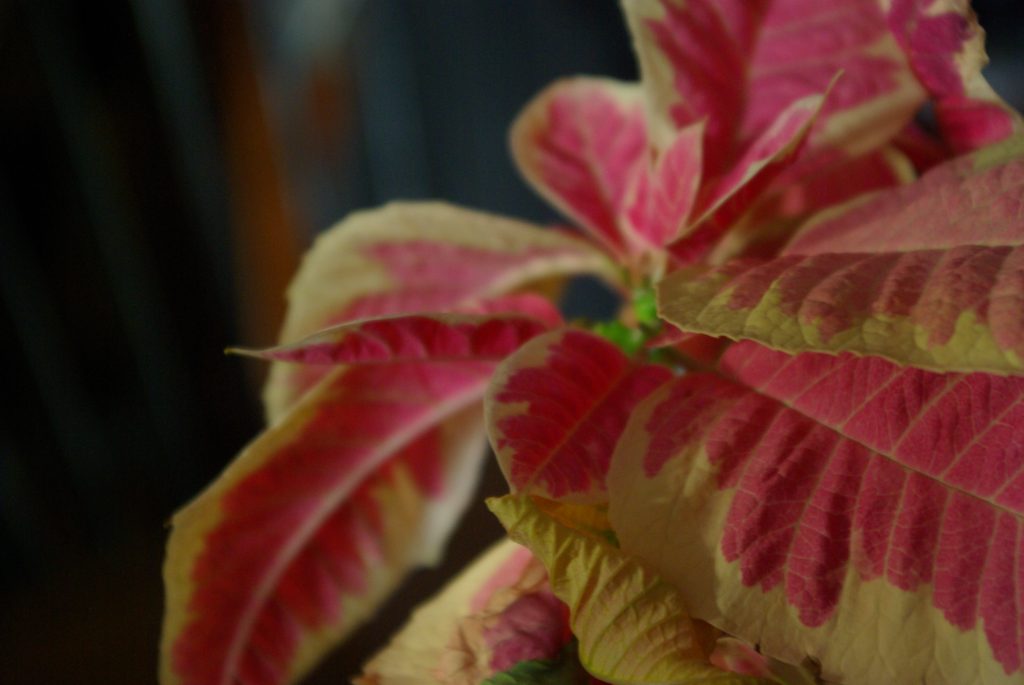 He focuses on the outcast,  the unknown, the unclean…He sees them through eyes of mercy.

She had a story before she sought the Healer, but we don’t know what it was. Scripture says she had an issue of blood for 12 years, and with that… a judgment … a decree which severed the connection with life and others.  She was unclean. She was broke by the world and by her illness. She was forgotten and she was left lonely.

Just her mere presence in the crowd of people broke the law. Jewish customs and rules did not allow her to be where she was, let alone touch others…let alone seek to touch God.

But God, in mercy’s message,  met her in dynamic power  by virtue transferred  as she pressed in…reaching out to touch just the fringe of His garment.

By her touch she made Him unclean, but by His virtue she was made whole.  It was a faith walk she took, and Christ was the object of her faith.  His virtue flowed into her. Mark says it was done ‘straightaway’ and she knew it immediately.

She didn’t care for the world’s way anymore, or the world’s words of condemnation and folly.  What good did seeking the approval of men get her but more death?  She pressed into all that was left to place hope in. She stepped, she reached, she hungered for the dynamic power that only faith has the ability to trust.

She  was longing for hope, so she went looking for Jesus.  She interrupted Jesus and He stepped into her story.

Are you  sick, suffering, depressed, broke, discouraged, weak, tired, separated, unclean, empty, lonely, forgotten, incurable, rejected?  Her story says, ‘me too’. Her story demonstrates pushing through to grab on to God.  She shows us how to reach out for His virtue, flowing straightway into all our broken spaces.

In that moment, she was noticed. He paused to look through the eyes of mercy. The exquisite sympathy of Christ was generously extended to someone who was named by her issue. And He renamed her for the world to hear, ‘Daughter’.  She was the only woman Jesus personally addressed this way and by it He affirmed who she was. He affirmed WHOSE she was.  A beloved daughter whose faith to press into the adoption secured by grace was welcomed by His favor regardless of her imperfections, regardless of her status, regardless of her story. Because Grace rewrites our stories… and we are filled by mercy for a greater purpose.

“Christ’s mercy, like water in a vase, takes shape of the vessel that holds it.” – Alexander Maclaren

By grace and love, the one who was destined to meet flowing  virtue,  found more than healing.  This woman pressed in for a touch, but got even more. She found peace. She found grace. She found purpose. 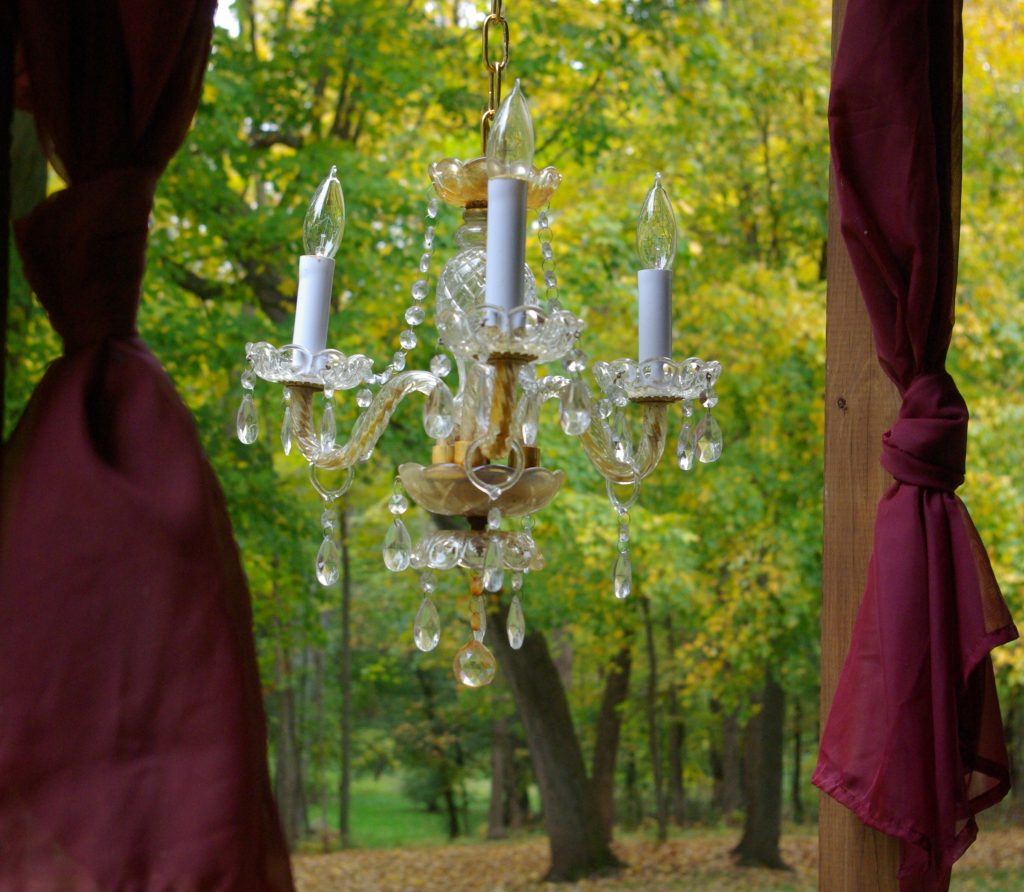 Press into His Kingdom by Faith.

The law and the prophets were until John: since that time the kingdom of God is preached, and every man presses into it. – Luke 16:16

Pressing into the Kingdom is all about receiving the blessing of the King…deliverance, joy, peace, salvation.

Twenty years ago, I began studying the healing power of God in earnest as I watched my baby girl fight for life.  I learned to lean into His Word and make it not only my confession but the seed of my imperfect and weak faith. Twelve years later, I found myself weakened in body, in spirit, and in resources as I had to learn to fight for myself.  I found another story of faith and persistence,  a ‘me too’ moment  that also rewrote my story.

The more I read her story, I was reminded to push into His grace and virtue. She sought grace; she got her miracle.  I knew it was time for me to press into the same. It was time to seek the very hem of the Holy One by faith. As I pressed into His peace and sought grace, He met me and revealed His Truth, strengthening me to keep moving, to keep trusting, to be named His own.

After multiple misdiagnosis’, a forgotten test result, and a few unnecessary (expensive) procedures, and finally a surgery to remove a very dysfunctional gall bladder, the doctors finally decided that there was something going on. I pushed till they gave in to what I knew was wrong.  The change was immediate.  Although recovery from surgery was tough, the symptoms I endured for years were gone…straightaway like another woman who pressed into the peace that was spared for her.

When life presses us into the hard and set apart places, we need to press in prayer, step forward in faith, reach out for mercy, take hold of grace.

Press in as you pray and touch the hem of the Holy One. Believe that by faith we can take hold of the hope and wholeness His touch provides.

Persist to the throne of grace with violent faith beyond the loss, in spite of feeling less than, in place of the grief,  in the face of doubt.

Push past the walls that keep you hidden from stepping into His gaze of mercy and feeling the touch of grace on your soul.

Praying for virtue to meet you today, for mercy to embrace you, for the ‘me too stories’ to release your  burdened heart and for those issues that are keeping you bound to be broken by the acknowledgement that you are His.

Sharing the journey with friends is all about those me-too moments we seek. 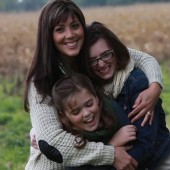 When we are desperate for grace.

Where grace begins and ends in our words…#GraceMoments Link Up

When our prayers are bold… Soul Stops